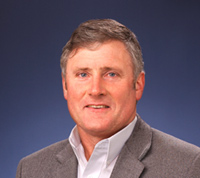 Neil Phillips has been at the interface of academia and the exploration and mining industry.

Through his leadership roles (of both exploration, and science research teams)
he has been instrumental in the development
of a number of the geological concepts
underpinning current gold exploration programs.

Areas of specialisation and interest
– Field mapping of the Strathbogie granite in central Victoria
– Geology of gold deposits
– Base metal, and gold, deposits in metamorphic terrains
– Geological mentoring in exploration and mining geology

Teaching and training mentorship:
Neil has been a mentor to young, mid-career and senior geologists. He regularly conducts community talks, and field excursions in regional locations.
He contributes to the Melbourne Gold of Geology course for students, postgraduates, government and industry.

Publications:
Neil Phillips is a regular contributor to many international journals on the topic of gold deposits and their formation, and his most recent book “Formation of Gold” (published by Springer) is due for release October 2021